Lomi lomi or lomilomi massage is a traditional style of Hawaiian massage that has deep roots in spirituality. Originally only passed down through families, today it’s practiced by many massage therapist. We explore lomilomi further to find out its history, benefits, and what to expect during a treatment.

Massage therapy is such a broad form of treatment, thanks to the many different cultures and civilizations who all had a unique way of performing the bodywork. Hawaiian massage is known as lomi lomi massage, also sometimes called lomilomi, and it’s a traditional therapy that has been around for hundreds of years. 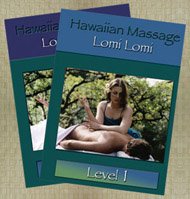 Like many other forms of massage, the roots of lomilomi are deeply spiritual, but also physically healing, making it the perfect treatment for all kinds of problems. This type of massage used to be only passed down through families, but for almost 50 years now it has been available to learn by all massage therapists.

The history of this massage and how it’s involved is fascinating, and as with many other massage methods, it’s got deep roots in spirituality and energy. Apparently hard to come by, the techniques used have learned over many years and are not something that can simply be taught at a regular massage school.

If you’ve never heard of lomilomi, you might be wondering how it differs from other styles and what benefits it’s said to offer. We’re going to delve deeper into this traditional Hawaiian treatment to find out what it’s all about and what you can expect when you go for your very first lomi lomi massage.

The History of Lomilomi Massage

When Polynesian settlers came to Hawaii, they brought with them their own rituals and treatments, and one of them was massage. Over time, this special style of Polynesian massage developed into something that was specific to Hawaii and it was used by everyone on the island, both young and old.

When American missionaries came to Hawaii in 1820, they instilled laws that prevented lomi lomi from being done as it was considered ‘heathen’ and so the practice went underground. Over time, these laws were relaxed and it was once again publicly available. Many visitors to the island were treated to its restorative powers, including Charles Wilkes and Robert Louis Stevenson. 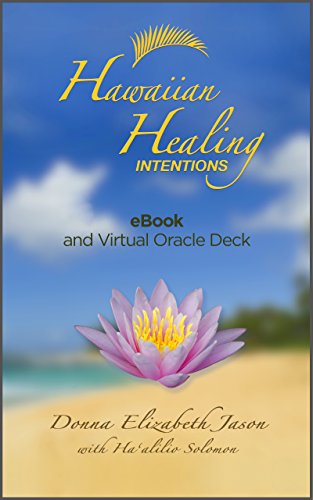 In 1947, there was a board established to regulate lomilomi and it required all practitioners to pass a written exam to practice. However, because many locals practitioners didn’t want to or couldn’t pass the test, it went back underground.

Today, it’s near impossible to find a traditional lomilomi therapist working in a setting like a spa or beauty salon. The traditional format of the massage means that those who are qualified prefer to work with clients privately at home. Although some massage schools claim to teach the techniques in just a few hours, those native to Hawaii believe that it takes years of practice and training to truly practice lomilomi.

Lomilomi is a style of massage, but it’s also so much more than that. In the Hawaiian language and when used in the traditional sense, it means things like “to take and turn” or “to work in and out”, among others. It involves a sacred shift within as well as the physical touching, kneading, and rubbing of the body.

Lomilomi was something that each family passed down to younger generations, and so while the basic treatment was the same, there were many different styles and techniques that were developed. Each family had their own unique style, as did each region and island, which makes it quite hard today to teach one singular method that encompasses it all.

When used traditionally, there were four different reasons that lomilomi would be practiced. First, it was used by native healers and diagnosticians. Secondly, as a form of luxury, especially for the ruling chiefs. Thirdly, something down within the family for its restorative powers on people of all ages. Finally, used by masters of martial arts in Hawaii.

A lomilomi practitioner will use their hands, plans, fingers, knuckles, knees, feet, forearms, and other body parts to work. They might also employ other tools like stones or sticks, and sometimes with emollients.

What to Expect During a Massage

As each family had their own style of massage, it’s unlikely that any two practitioners would do it the same. Typically, a session is started with a prayer or meditation, and you may be asked to join in with some breathing exercises that are designed for relaxation.

Although each style will be different, most usually involve the same rhythm of massage, and this flowing style is said to remove energy blockages within the body. They use long strokes all over the body to get the energy moving, and with many parts of the hands, arms, and rest of the body. Often, more than one body part is massaged at once, which is said to promote harmony within your body.

Like other forms of massage, you can expect rubbing, kneading, and stretching. In addition, lomilomi also includes strokes that are circular, and there may be some light pounding, tapping, cupping, or chopping motions.

Unlike Swedish massage or most others practiced in the western world, very little coverage is used in lomi lomi massage. There may be a small towel on the genitals when you are lying face down or face up, and in traditional lomi lomi, a woman’s breasts will not be covered. Obviously, you can enquire about the amount of draping in advance if you’re planning a treatment, and some allowances can usually be made if you feel uncomfortable.

Most kinds of massage come with a long list of benefits for the recipient, and lomi lomi is no different. As it stands today, the research on this type of massage is still in its early days, as the treatment was so safely guarded within the traditional Hawaiian families. Therefore, it’s best to look at massage in general and what benefits it offers.

Things to Be Aware Of

Lomilomi is quite a gentle form of massage, but there are some things to be mindful of before getting the treatment. As with other styles of massage, these are the precautions you should take.

Another thing to be aware of is the quality and authenticity of the massage. As this is a mainly traditional Hawaiian massage that takes years to learn, be mindful of therapists who offer it along with a range of other styles. To get the true benefits, your massage therapist should specialize in lomilomi specifically and be able to deliver it in the true sense.

A Traditional Massage With Plenty of Benefits

Those lucky enough to experience a traditional lomi lomi massage done by a trained professional will speak volumes about the treatment. Even if you’re not getting one to fix any particular ailment, you’ll leave the therapy with an intense feeling of relaxation and a far better mood.

Lomi lomi has undergone many variations thanks to the many traditional families who practiced it and passed on their methods to others. It’s hoped that the original style will be kept alive by those dedicated to preserving it so that there will always be a way to get a traditional lomi lomi massage.

There are many civilizations and cultures in history who have their own unique massage style, and the Hawaiians have one of the most amazing by far. This practice encompasses spiritual healing, energy transfer, relaxation, and physical relief, so it certainly ticks all of the boxes for what a good massage should be.

Top 13 Remedies: How to Get Rid of Moles on Skin

The Nature of Holistic Healing

Biofeedback Therapy – A Complete Overview of the Process

As a participant in the Amazon Services LLC Associates Program, this site may earn from qualifying purchases. We may also earn commissions on purchases from other retail websites.